The inability of Atheists to support the supposed “rationality” of their position is illuminated by the completely irrational attempt to claim mere disbelief, rather than outright rejection for cause. The Atheist pretends to have a position which cannot be analyzed or even discussed by having asserted this transparently false claim. The Atheist making this claim apparently thinks that there is no possible way to penetrate this illusion, so that he will never be required to actually provide rational reasons or reasoning for his rejectionism.

Let’s take a look at the logic underlying such claims.

Either a person has heard the posits of a creating deity, or he has not.
If not, then he is ignorant.
If so, then he knows the posits.

Since Atheists do not ever present either logic or evidence which prove categorically and incorrigibly that the posits of a creating deity are immutably false, then it is proper to assume that either they do not actually have either logic or evidence to support their rejection (This is supported by the Atheist belief in “Hitchens’ Razor”), or they are intellectually dishonest. Or in this case, both.

Here is a simple form of a posit of a creating deity:

Either the universe always existed, or it came into being.

If it is thought to have always existed, then a) it is an infinite regression (fallacy); b) the Big Bang and Expansionary Theory is a false theory (anti-science).

If the universe is an infinite regression, then empirical evidence is needed; there is none.

If the universe came into being at the Big Bang, then empirical evidence is needed; that evidence exists.

If the universe came into being, it violates the null hypothesis that “nothing” is more parsimonious than is “something”.

If the new existence of a universe is less parsimonious than its prior non-existence, it is proper to assume that there is a reason that the universe came into existence, overcoming the null hypothesis. That reason correlates with a cause, pre-existing the material universe, with the power and causal ability to create the universe, and is therefore greater than the universe.

Further, that causal power had a reason to create the universe, and therefore was an agent.

Therefore, it is more rational to conclude that the universe came into being in opposition to the null state of non-existence, and it did so due a creating agent which is sufficiently powerful, purposeful, and rational.

Now, this argument can be rejected by Atheists who are not ignorant of it, for two possible reasons: 1) rational objections using disciplined logic and/or material evidence, OR 2) emotional reasons. But the Atheist cannot claim to have NO reasons or reasoning, to have mere disbelief without cause for disbelief, without also being obviously intellectually dishonest and emotionally based, and completely without any intellectual content in his position. 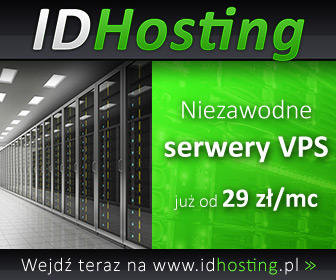